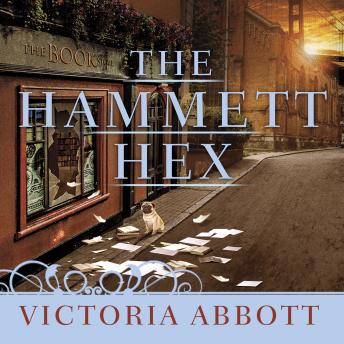 On a getaway to the City by the Bay, book collector Jordan Bingham becomes entangled in a mystery with more twists than Lombard Street . . .
Jordan has been able to swing a romantic trip with Officer Tyler 'Smiley' Dekker on one condition-she must return with a rare copy of Dashiell Hammett's Red Harvest for her irascible employer, Vera Van Alst. For his own part, Smiley is full of surprises. He's a Dashiell devotee himself-excited to be in the city of Hammett's hard-boiled heroes like Sam Spade and the Continental Op-and also announces he plans to visit his previously unmentioned estranged grandmother, who lives in an old Victorian on Telegraph Hill.
But the trip goes downhill fast when Jordan is pushed from a cable car and barely escapes death. And when a dark sedan tries to run the couple down, it's clear someone's after them-but who? Just like in Hammett's world, nothing is quite what it seems . . .