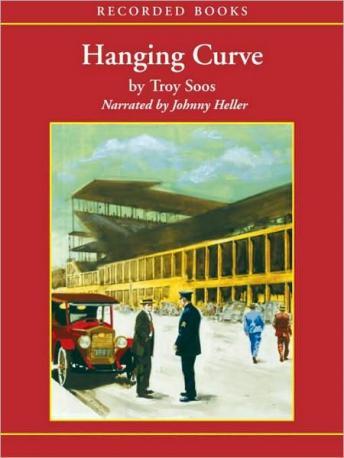 Critically-acclaimed novelist Troy Soos evokes the spirit and strife of 1920s America in this compelling mystery. Hanging Curve portrays a major league baseball player's struggle to see justice triumph over hatred and the expanding threat of the Ku Klux Klan. Mickey Rawlings hasn't had much time at bat since he joined the St. Louis Browns as a utility infielder. When a former teammate offers him the chance to play in a semi-pro game against the East St. Louis Cubs-a well-known black team-he jumps at the chance. The Cubs turn out to be powerful opponents. But the real battle begins later, after the black pitcher is found hanging from the backstop. Baseball historian Troy Soos interviewed surviving members of the Negro National League to create this absorbing tale. His deft blend of authentic sports lore and period details gives fans something to cheer about. Narrator Johnny Heller's lively performance adds spin to every curve ball in the plot.

This title is due for release on October 10, 2008
We'll send you an email as soon as it is available!