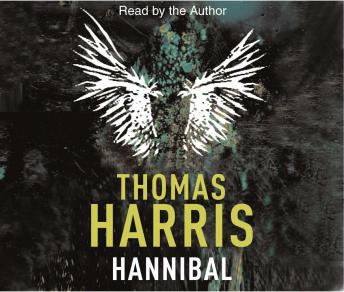 It is an axiom of behavioural science that vampires are territorial, while cannibals range widely. '

Hannibal killed nine people before he was caught. And five on his escape. Two of his victims survived - one of them is in an asylum; but the other craves revenge.

Mason Verger, a paraplegic confined to a respirator since his encounter with Dr Lecter, can move only the fingers of his crippled right hand across the soft blanket that covers his lifeless body. But Verger is very rich and very influential, and his reach extends into the echelons of power around the world. His need to find Lecter is insatiable.

In Clarice Starling he has the perfect bait. As gripping and terrifying as any reader or listener of Silence of the Lambs would expect. Simply unforgettable

This title is due for release on November 10, 2005
We'll send you an email as soon as it is available!