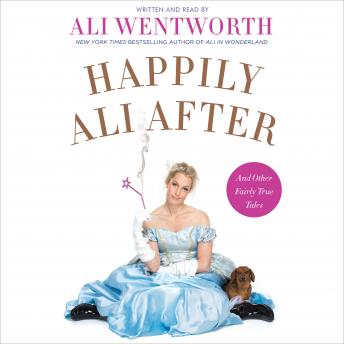 Happily Ali After: And Other Fairly True Tales

The actress, comedian, media darling, and New York Times bestselling author picks up where she left off in Ali in Wonderland, dissecting modern life—and this time, on a mission of self-improvement—in a series of laugh-out-loud comic vignettes.

Moved by a particularly inspirational tweet one day, Ali Wentworth resolves to live by the pithy maxims she discovers in her feeds. What begins as a sort of self-help project quickly turns into something far grander—and increasingly funnier—as the tweets she once viewed with irony become filled with increasing metaphysical importance. And thus begins her “Unhappiness Project.”

It’s not long before Ali expands her self-improvement quest to include parenting, relationship, fitness (or lack thereof), and dieting advice. The results are painfully (at times literally) clear: when it comes to self-help, sometimes you should leave it to the professionals.

At once endearing and hilarious, thoughtful and absurd, Happily Ali After is a thoroughly entertaining collection from “the girlfriend you want to have a glass of wine with, the one who makes you laugh because she sees the funny and the absurd in everything” (Huffington Post).

Happily Ali After: And Other Fairly True Tales