Happy Talk: A 'This I Believe' Essay 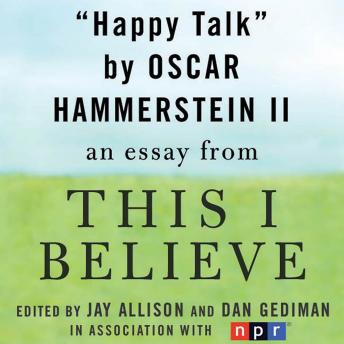 In this essay originally aired in the 1950s, musical librettist and producer Oscar Hammerstein explains the importance of declaring your happiness, even in the face of global conflicts and personal disappointments, in 'Happy Talk', his contribution to NPR’s This I Believe series.

Happy Talk: A 'This I Believe' Essay