Hard White: The Mainstreaming of Racism in American Politics 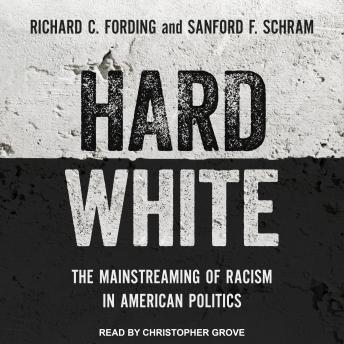 Hard White explains how the mainstreaming of white nationalism occurred, pointing to two major shifts in the movement. First, Barack Obama's presidential tenure, along with increases in minority representation, fostered white anxiety about Muslims, Latinx immigrants, and black Americans. While anti-Semitic sentiments remained somewhat on the fringes, hostility toward Muslims, Latinos, and African Americans bubbled up into mainstream conservative views. At the same time, white nationalist leaders shifted their focus and resources from protest to electoral politics, and the book traces the evolution of the movement's political forays from David Duke to the American Freedom Party, the Tea Party, and, finally, the emergence of the Alt-Right. Interestingly it also shows that white hostility peaked in 2012-not 2016.

While the book argues that white extremism will have enduring effects on American electoral politics for some time to come, it suggests that the way forward is to refocus the conversation on social solidarity, concluding with ideas for how to build this solidarity.

Hard White: The Mainstreaming of Racism in American Politics