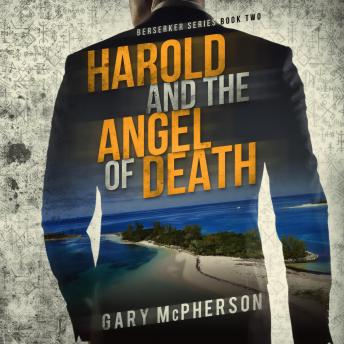 Harold and the Angel of Death

Every privilege has a price, and protecting the innocent carries a cost. Harold finds himself in a world where friend and foe are hard to decipher as he attempts to save his father's defense company. To add to his struggle, Harold must deal with the accusing specter of John Richmond. John reminds Harold how much the berserker inside him enjoyed taking John's life. Is he a killer? Will he kill again?

Joshua and Maria Zeev remind Harold he is not alone in his quest. CIA agent Darla Johanson has Harold's heart, but are her motives pure? Harold discovers the link between CIA agent Garcia Hernandez and his family, but is it true? Can Harold trust a man whose cover is that of a dirty intelligence agent?

Whom can Harold trust as the team attempts to bring in illegal arms dealer Chuck McGill? A man who provides weapons to ISIS factions, and other terror organizations in northern Africa. Will Harold be forced to kill again to ensure his, and his friends' survival? Does agent Garcia's plan to save Parabolic Defense Systems have merit, or will he use the company's resources and then leave it bankrupt?

Harold and the Angel of Death