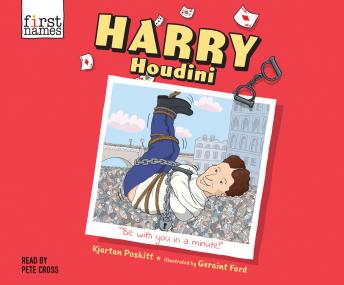 Before Harry Houdini (1874-1926) became the greatest magician in the world, he was just little Ehrich Weisz, a Hungarian-born immigrant who moved to America with his family and performed stage tricks for a little extra cash. He started off with card tricks and then eventually began performing the escape acts that would make him famous. Known for his daring and death-defying illusions, he would do some of the greatest tricks ever: escaping from a milk can, being buried alive, and being locked inside a crate and thrown into a river. He conquered each of these seemingly impossible feats and showed the world the power of a little magic. Fun and fast-paced, Harry Houdini tells the story of the curious boy who became the world's greatest magician and reveals how Houdini did some of his most stunning escapes.