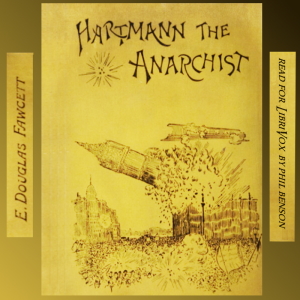 Hartmann the Anarchist, or the Doom of a Great City

A gem of nineteenth-century science fiction from mountaineer, philosopher and occasional novelist, Edward Douglas Fawcett. Stanley, a wealthy young socialist, is firmly opposed to revolution. But he finds himself on board the Attila, a coal-fired aeronef invented by the notorious anarchist Rudolph Hartmann, embroiled in a plot to bombard London from the air. Hartmann the Anarchist was republished, in part, in 1971 in the final issue of Forgotten Fantasy magazine, a forerunner to the celebrated Newcastle Forgotten Fantasy book series.