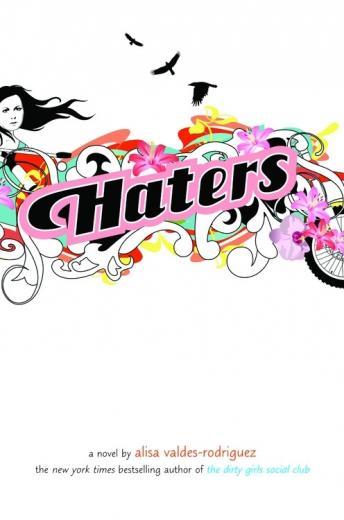 When Pasquala Rumalda Quintana de Archuleta (Paski)'s cartoonist father returns to Taos from a business trip wearing designer sunglasses and a velour Juicy men's track suit, she knows her life is taking a turn for the worse. Paski and her father move to Southern California, where his comic strip has been optioned for a movie.

At her new high school, money is everything and the haters rule - especially beautiful and cruel Jessica Nguyen. While Paski tries to concentrate on mountain biking and not thinking too much about ultra-hot Chris Cabrera, she is troubled by disturbing visions. Her psychic grandmother warned her that ignoring her gift of premonitory visions would lead to trouble. Can Paski ever find a home in the land of the glamorous haters?

This title is due for release on October 4, 2006
We'll send you an email as soon as it is available!