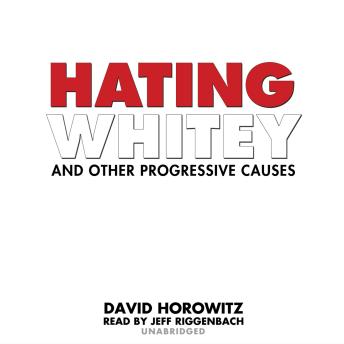 Hating Whitey and Other Progressive Causes

The anti-white racism of the political left remains one of the few taboo subjects in America. In this book, David Horowitz, a former confidante of the Black Panthers, lays bare the liberal attack on “whiteness,” the latest battle in the war against American democracy.
Horowitz acknowledges that America’s political culture is the creation of white, European, primarily Christian males. But it is these very men and their heirs that have led the world in abolishing slavery, establishing the principles of ethnic and racial inclusion, and creating a society of unparalleled rights and opportunities that people of every race and creed continue to flock to. Horowitz points to the hypocrisy of this and challenges racism in all its forms, especially the hidden ones.

Hating Whitey and Other Progressive Causes

This title is due for release on April 22, 2009
We'll send you an email as soon as it is available!