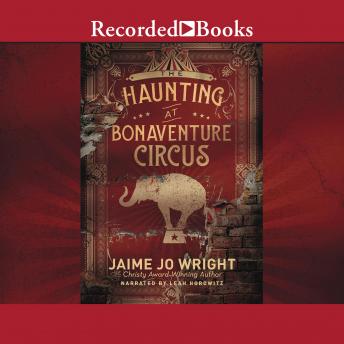 The Haunting at Bonaventure Circus

Welcome to Bonaventure Circus, where misfits go to hide. In 1928, the Bonaventure Circus has become a refuge for many, but Pippa Ripley was rejected from its inner circle as a baby and is no longer content to leave the reason for that rejection unquestioned. When she receives mysterious messages from someone called the "Watchman," she is determined to find him and the connection to her birth. As Pippa's search leads her to a man seeking justice for his murdered sister and evidence that a serial killer has been haunting the circus train, she must decide if uncovering her roots is worth putting herself directly in the path of the killer. Decades later, an old circus train depot's future hangs in the balance-it will either be torn down or preserved for historical importance, and its fate rests on Realtor Chandler Faulk's shoulders. As she dives deep into the depot's history, she's also balancing a newly diagnosed disease and the pressures of single motherhood. When she discovers clues to unsolved murders of the past, Chandler is pulled into a story far darker and more haunting than even an abandoned train depot could portend.