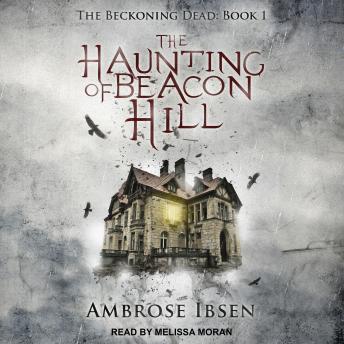 The Haunting of Beacon Hill

Sadie has a gift. And she'll do anything to keep from using it.

At sixteen, Sadie Young had a brush with death, and as a result she became more sensitive to the supernatural. Rather than embrace this gift, she spent years running from it, and from the darkness that once preyed upon her.

Now twenty-five and working as a librarian, Sadie is called upon by a desperate family friend to look into a strange series of events. A teenaged girl has entered a reputedly haunted house in town and has gone mad. Committed, the girl attempts suicide and claims to be terrorized at all hours by a horrific specter known as 'Mother Maggot'.

Despite having subdued her gift for the past nine years, Sadie wishes to assist the girl and reticently agrees to visit the site of the haunting. But upon entering the house on Beacon Hill, she discovers that Mother Maggot isn't merely a figment of a disturbed teen's imagination . . .