Have I Learned Anything Important Since I was Sixteen?: A 'This I Believe' Essay 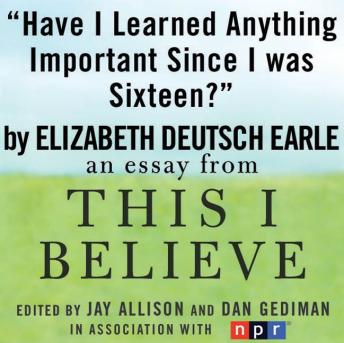 Elizabeth Deutsch Earle reflects on her original This I Believe Essay, first aired in the 1950s when she was then the youngest contributor to the program, in 'Have I Learned Anything Important Since I was Sixteen?'

Have I Learned Anything Important Since I was Sixteen?: A 'This I Believe' Essay