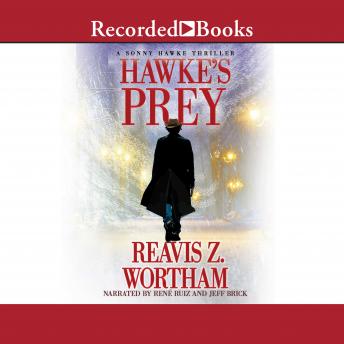 'Think: Elmore Leonard meets James Lee Burke.' -Jeffery Deaver It's a stunning attack, lightning quick and chilling in its execution. A merciless gang of terrorists seizes the Presidio County Courthouse in the midst of the worst blizzard West Texas has seen in a century. Loaded down with enough fire power to outfit an army, the attackers slaughter dozens, take all survivors hostage, and assume complete control. The nation-and the U.S. government-are at their mercy. Or so they think. They don't know that a seasoned Texas Ranger is also inside the courthouse. Sonny Hawke has hauled in some of America's Most Wanted. Now he's up against his most dangerous adversary yet. Sonny likes his chances. The enemy is his to take down-one by one. Until he's face-to-face with the ruthless mastermind gunning for our very freedom . . . Praise for Reavis Z. Wortham and His Novels 'The most riveting thriller all year!' -John Gilstrap 'A masterful and entertaining storyteller.' -Ellery Queen's Mystery Magazine 'Entertaining and emotionally engaging.' -T. Jefferson Parker