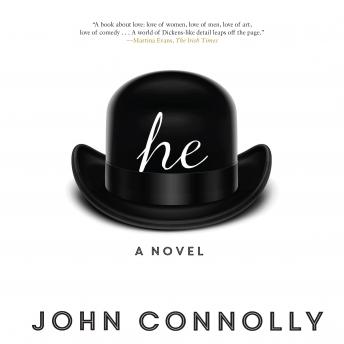 John Connolly conjures the Golden Age of Hollywood in this moving, literary portrait of Laurel & Hardy--two men who found their true selves in a comedic partnership.

An unforgettable testament to the redemptive power of love, as experienced by one of the twentieth century's greatest performers.
When Stan Laurel is paired with Oliver Hardy, affectionately known as Babe, the history of comedy--not to mention their personal and professional lives--is altered forever. Yet Laurel's simple screen persona masks a complex human being, one who endures rejection and intense loss; who struggles to build a character from the dying stages of vaudeville to the seedy and often volatile movie studios of Los Angeles in the early years of cinema; and who is haunted by the figure of another comic genius, the brilliant, driven, and cruel Charlie Chaplin.

Eventually, Laurel becomes one of the greatest screen comedians the world has ever known: a man who enjoys both adoration and humiliation; who loves, and is loved in turn; who betrays, and is betrayed; who never seeks to cause pain to anyone else, yet leaves a trail of affairs and broken marriages in his wake. But Laurel's life is ultimately defined by one relationship of such astonishing tenderness and devotion that only death could sever this profound connection: his love for Babe.