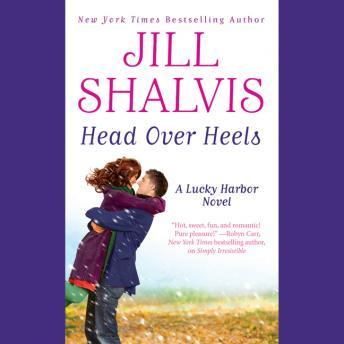 Free-spirited Chloe lives life on the edge. Unlike her soon-to-be married sisters, she isn't ready to settle into a quiet life running their family's newly renovated inn. But soon her love of trouble--and trouble with love-draws the attention of the very stern, very sexy sheriff who'd like nothing better than to tame her wild ways.

Suddenly Chloe can't take a misstep without the sheriff hot on her heels. His rugged swagger and his enigmatic smile are enough to make a girl beg to be handcuffed. For the first time, instead of avoiding the law, Chloe dreams of surrender. Can this rebel find a way to keep the peace with the straitlaced sheriff? Or will Chloe's colorful past keep her from a love that lasts . . . and the safe haven she truly wants in a town called Lucky Harbor?