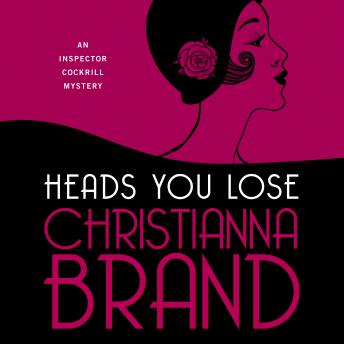 In the English countryside, one of the well-mannered guests at Pigeonsford Estate may be a murderer in this series debut by an Edgar Award-nominated author.

As war rages in Europe, the citizens of London flee to the country. At Pigeonsford, a group of guests plays cards, drinks tea, and acts polite-but Grace Morland knows the strong emotions that lurk beneath the placid social surface. She's painfully in love with Stephen Pendock, the squire of Pigeonsford, but Pendock's smitten with young beauty Francesca Hart. One afternoon, Fran debuts a new hat, and Grace's jealousy gets the better of her. She exclaims, 'I wouldn't be seen dead in a ditch in a thing like that!' She will soon be proven wrong. Grace is found dead with the hat on her head-and her head removed from her neck. To the scene comes the incomparable Inspector Cockrill, who finds that far more than petty jealousy lies beneath this hideous murder.