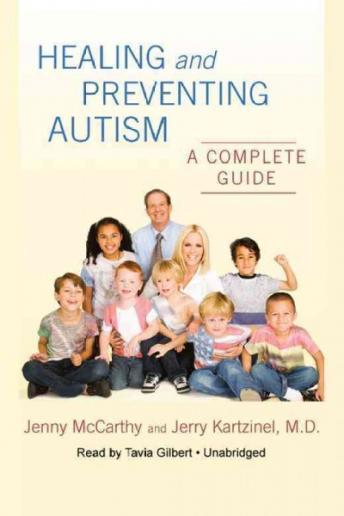 Since 2006, autism has become the leading disorder affecting children in the United States. As children continue to be diagnosed at epidemic rates and parents struggle to find help, a school of DAN (Defeat Autism Now) pediatricians has been pioneering therapies and treatments that help reverse the effects of autism. DAN doctors have discovered methods that yield results, but it can take more than six to eight months to get an appointment with a DAN doctor.
Early intervention is the key to a successful recovery from autism, and now Dr. Jerry Kartzinel and New York Times bestselling author Jenny McCarthy have put together the first book that will give parents all the necessary information about the DAN school of treating autism. Beginning with diagnosis, Dr. Kartzinel will explain the DAN protocol and the different therapies that DAN doctors use. He will show parents how to make simple changes to their child's environment and diet that are safe and easy for parents to try at home and that can result in marked improvements for autistic children. He will also explain some of the more advanced therapies that DAN doctors use and the way that parents, alongside a qualified medical professional, can determine whether or not such treatments would benefit their child.