The Heart As He Hears It 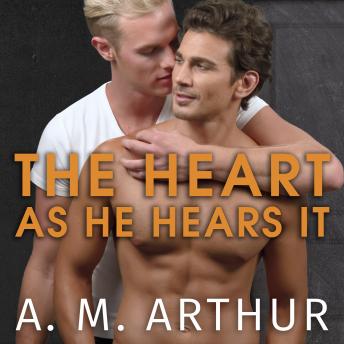 Written By: A. M. Arthur

Isaac Gregory hasn't set foot outside for the past year. He has everything he needs delivered, and his remaining family knows better than to visit. When a complete stranger shows up claiming to be his grandfather-with a distractingly handsome younger man in tow-his carefully structured routines are shaken.

Despite his instant attraction, Jon senses that Isaac is too fragile for a relationship. Yet tentative friendship grows into genuine companionship. And when Henry's health begins to fail, they realize that fate brought them together for a reason.Contains mature themes.

Heart As He Hears It