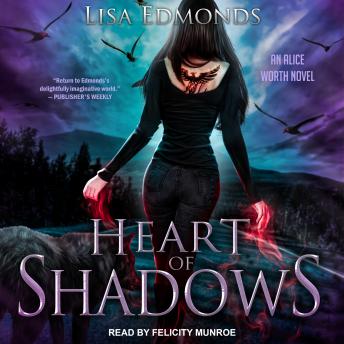 Mage private investigator Alice Worth must solve the most difficult case of her career-her own.

When they vanish without a trace, Sean, his pack, and the Court form an uneasy alliance to locate them. Days later, Sean finds Alice on the side of the road far from home, with no memory and no magic-and no sign of Malcolm.

For Sean, Alice's condition means starting over with the woman he loves. For Alice, it's a chance to escape painful memories of her violent past, but she knows she needs her power back before her enemies learn she's vulnerable.

To find Malcolm and her stolen magic, she and Sean team up with his pack, a white witch, the Court, and a pair of dangerous black witches. Their investigation unearths an ancient vendetta and a shadowy enemy so powerful and ruthless, no one involved-most of all Alice-will ever be the same.