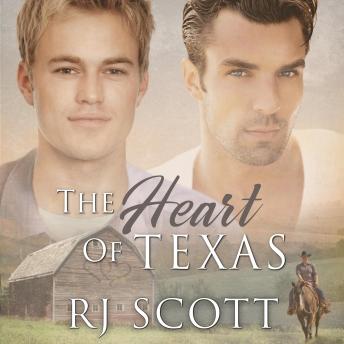 The Heart of Texas

This is a story of murder, deceit, the struggle for power, lust and love, the sprawling life of a rancher and the whirlwind existence of a playboy.

Riley Hayes, the playboy of the Hayes family, is a young man who seems to have it all: money, a career he loves, and his pick of beautiful women. His father, CEO of HayesOil, passes control of the corporation to his two sons; but a stipulation is attached to Riley's portion. Concerned about Riley's lack of maturity, his father requires that Riley 'marry and stay married for one year to someone he loves'.

Angered by the requirement, Riley seeks a means of bypassing his father's stipulation. Blackmailing Jack Campbell into marrying him 'for love' suits Riley's purpose. There is no mention in his father's documents that the marriage had to be with a woman and Jack Campbell is the son of Riley Senior's arch rival. Win win.

Riley marries Jack and abruptly his entire world is turned inside out. Riley hadn't counted on the fact that Jack Campbell, quiet and unassuming rancher, is a force of nature in his own right.