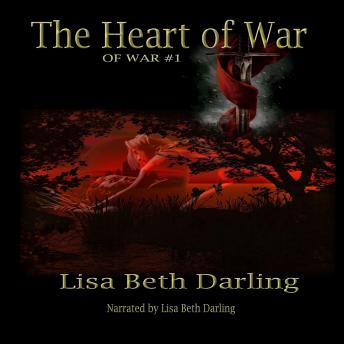 The Heart of War

Inside the Heart of every Warrior breathes the Soul of a Hero--even within The Heart of War.
Meet Ares God of War, the greatest Warrior the world has ever known. He's moody, grumpy, dominant, ravenously sexual, and above all, built like a Greek God.
Suspected of killing his Daughter in-Law, Psyche, and long in exile from Olympus, the solitude of Ares' secluded Greek Isle is interrupted when Magdalena MacLeod a plucky little Fey washes up on his shore after believing she's been shipwrecked. It's not mere fate that has brought the unlikely couple together yet it may be what tears them apart.
When the Olympians discover her presence on Ares' island, they send Apollo to the island while Ares is away with orders to bring her to Olympus. With nowhere to run and strikes a bargain with the God of War--her virginity for his protection.
Ares sees a sweeter deal; her in his bed and himself back in his rightful place on Olympus among the Gods. If it means turning Alena over to Zeus afterward, well that's of no consequence to him...is it? After Alena proves herself to the God of War in battle and in his bed, Ares must choose between his Divinely Dysfunctional Family, his pride, and Alena.
Get lost in this sweeping dark saga of lust, rage, revenge, and redemption. Fall in love with Ares God of War and Alena MacLeod. They share a love that will rock the world from the heights of Olympus to the Celtic moors.