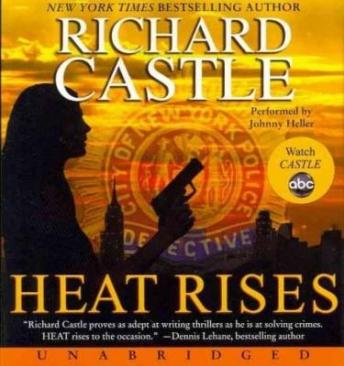 The bizarre murder of a parish priest at a New York bondage club opens Nikki Heat's most thrilling and dangerous case so far, pitting her against New York's most vicious drug lord, an arrogant CIA contractor, and a shadowy death squad out to gun her down. And that is just the tip of an iceberg that leads to a dark conspiracy reaching all the way to the highest level of the NYPD.

But when she gets too close to the truth, Nikki finds herself disgraced, stripped of her badge, and out on her own as a target for killers with nobody she can trust. Except maybe the one man in her life who's not a cop. Reporter Jameson Rook.

In the midst of New York's coldest winter in a hundred years, there's one thing Nikki is determined to prove: Heat Rises.