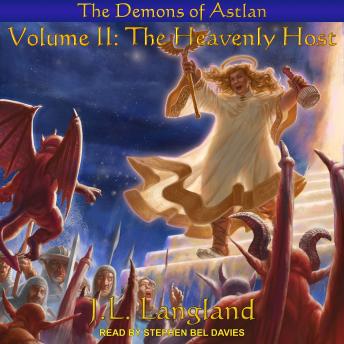 Tom Perkinje, the reluctant Greater Demon and recent transplant from Harding, New Jersey, to the Abyss, has defeated and captured the not-so-valiant Sir Talarius, Knight Rampant of Tiernon, and has humiliated and demoralized the army known as the Rod of Tiernon. Unfortunately, to do so, he had to hack the mana streams between the god Tiernon and his High Priests, and now his buddies are telling him that Tiernon is going to send a Host to investigate this unprecedented event.

Oh, and the fact that he reversed a Holy Artifact of Tiernon has not gone unnoticed, either. The folks upstairs are not pleased. His actions have completely disrupted the plans of not only the Rod of Tiernon but also the Sky Fleet of Oorstemoth, who had thought to bring Tom to justice for illegally destroying the ship trying to obliterate Tom and his friends. The two armies are now looking to unite and rescue Talarius and arrest Tom (permanently).

Of course, there are also the three Arch Demons trying to steal a book that Lenamare, Tom's Accursed Master, stole from Oorstemoth; and whose demon horde had been infesting the wizard city of Freehold.