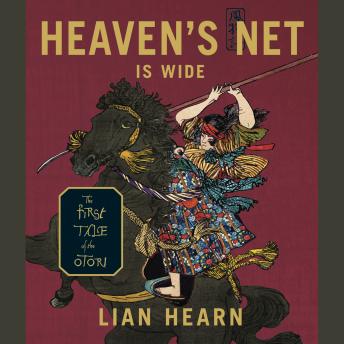 The prequel to the beloved Otori tales both completes and introduces the series while standing firmly on its own, recounting a mythical, medieval world of ninjas and samurais.

As Tolkien's The Silmarillion is to The Lord of the Rings, Lian Hearn's Heaven's Net Is Wide is the backstory fans have been yearning for.

Set before the Tales of the Otori begins, Heaven's Net recounts the life of Lord Otori Shigeru, the series' spiritual warrior-godfather and adoptive father of the Tales' Takeo. We learn about Shigeru's training in the ways of the warrior and feudal lord; his relationship with the Tribe of mysteriously powerful assassins; his fateful meeting with Lady Maruyama, who would become his secret lover; the battle of Yaegahara, where his father is killed; and other turning points that shaped the Tales. The first four volumes gave us only glimpses. Now we are treated to rich detail and more of Hearn's fantastical Japanese world.

Gripping and bewitching, Heaven's Net is a new beginning and a grand finale; a story of monumental battles, supreme loyalty, triumphant love, and heartbreak. It ends just before Across the Nightingale Floor begins, bringing the Otori epic full circle.

This title is due for release on August 16, 2007
We'll send you an email as soon as it is available!