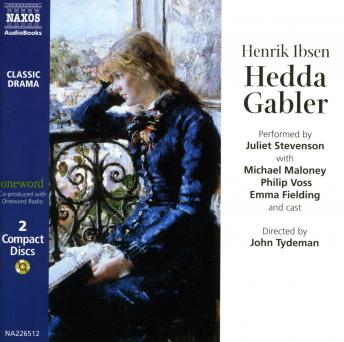 Hedda Gabler, a deceased General's daughter, marries dull George Tesman and foresees a life of middleclass tedium stretching ahead when they return from a honeymoon they could not afford to a house they cannot afford. Increasingly, she is drawn into the clutches of her admirer, Judge Brack, who seeks to establish a menage a trois. Then a former flame arrives in the brilliant but dissolute Eilert Lovborg to rival her husband for an academic post. After a drunken orgy, the manuscript of Lovborg's treatise falls into her hands and she destroys it. Discovery traps her, her romantic ideas are shattered, and there seems only one way out of the net - the pistols of her father, the General.

It is a wonderful book. The voices are very expressive as well.

This title is due for release on July 3, 2002
We'll send you an email as soon as it is available!