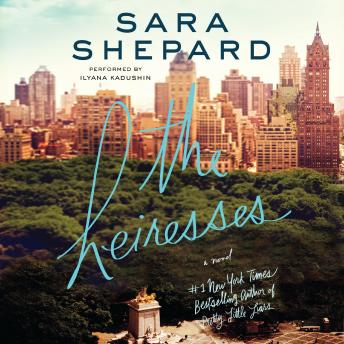 The Heiresses: A Novel

From Sara Shepard, the #1 New York Times bestselling author of Pretty Little Liars, comes The Heiresses—a novel about the Saybrooks, a diamond family blessed with beauty and fortune yet plagued by a string of tragic and mysterious deaths.

The only thing more flawless than a Saybrook’s solitaire is the family behind the diamond empire. Beauties, entrepreneurs, debutantes, and mavens, the Saybrooks are the epitome of high society. Anyone would kill to be one of them. But be careful what you wish for, because if you were a Saybrook, you’d be haunted by secrets and plagued by a dark streak of luck.

Tragedy strikes the prominent family yet again on a beautiful morning in May when thirty-four-year-old Poppy, the most remarkable Saybrook of them all, flings herself from the window of her office. Everyone is shocked that someone so perfect would end her own life—until her cousins receive an ominous warning: One heiress down, four to go.

Was it suicide . . . or murder? And who will be next: Aster, the beautiful but reckless girl who’s never worked a day in her life—and who’s covering up her father’s darkest secret? Her older sister, Corrine, whose meticulously planned future is about to come crashing down around her? Perhaps it will be Natasha, the black sheep of the family who suddenly disinherited herself five years ago. Or maybe the perpetually single Rowan, who had the most to gain from her cousin’s death.

A gripping, edge-of-your-seat thriller about heiresses who must uncover a dark truth about their family before they lose the only thing money can’t buy: their lives.