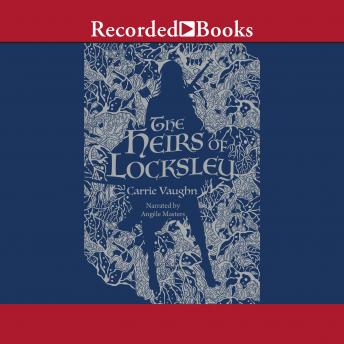 The Heirs of Locksley

The exciting follow-up to Carrie Vaughn's thrilling Robin Hood adventure The Ghosts of Sherwood. "We will hold an archery contest. A simple affair, all in fun, on the tournament grounds. Tomorrow. We will see you there." The latest civil war in England has come and gone, King John is dead, and the nobility of England gather to see the coronation of his son, thirteen-year-old King Henry III. The new king is at the center of political rivalries and power struggles, but John of Locksley-son of the legendary Robin Hood and Lady Marian-only sees a lonely boy in need of friends. John and his sisters succeed in befriending Henry, while also inadvertently uncovering a political plot, saving a man's life, and carrying out daring escapes. All in a day's work for the Locksley children ...