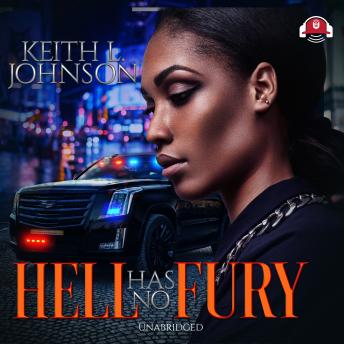 Hell Has No Fury

After stepping away from his thriller-suspense novels to write the phenomenally successful Little Black Girl Lost series, author Keith Lee Johnson returned with some new flavor, along with some old friends, in Hell Has No Fury. In this suspense-laden tale, Johnson brings back Phoenix Perry, the beautiful yet fearless FBI agent from his earlier novels, Sugar and Spice and Pretenses.

After a long stint at desk duty, Phoenix Perry is dragged back into the limelight when a family member is found beaten and near death. To complicate matters, there are two dead bodies at the scene, and Phoenix’s cousin is the prime suspect. Can Phoenix find her cousin’s attackers and prove her innocence before the body count becomes astronomical? A nationwide chase ensues, involving shady editors, crooked literary agents, and a host of others. If you’re into suspense thrillers, this one is not to be missed.

Hell Has No Fury