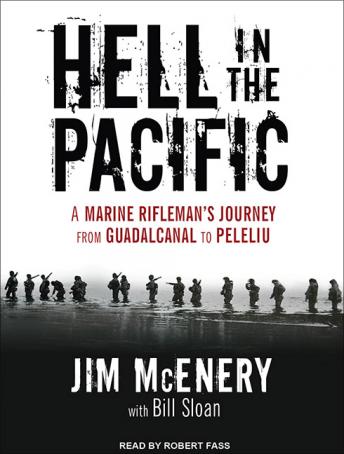 In what may be the last memoir to be published by a living veteran of the pivotal invasion of Guadalcanal, which occurred almost seventy years ago, Marine Jim McEnery has teamed up with author Bill Sloan to create an unforgettably immersive chronicle of horror and heroism.Made famous by the HBO miniseries The Pacific, McEnery's rifle company-the legendary K/3/5 of the First Marine Division-fought in some of the most ferocious battles of the Pacific. In arresting detail, the author takes us back to Guadalcanal, where the Americans turned the tide of war against the Japanese; Cape Gloucester, where 1,300 Marines were killed or wounded; and to bloody Peleliu, where McEnery assumed command of the company and helped speed the final defeat of the Japanese garrison. From his evocative recollections of hand-to-hand fighting and the loss of buddies in hellish fighting to his frank portraits of legends like Colonel Lewis 'Chesty' Puller and General Douglas MacArthur, McEnery's gritty narrative is as valuable for its insights on a war increasingly lost to memory as it is terrifying and engrossing-a master work that no one interested in military history can afford to pass up.