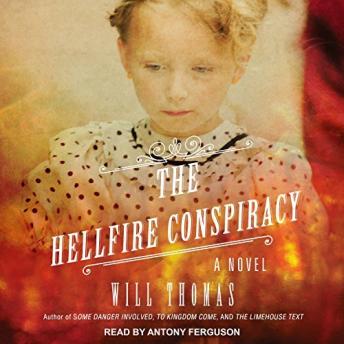 When Cyrus Barker and Thomas Llewelyn are hired to find a girl from the upper classes who has gone missing in the East End, they assume her kidnapping is the work of white slavers. But when they discover five girls have been murdered in Bethnal Green, taunting letters begin to arrive in Craig's Court from a killer calling himself Mr. Miacca.

Barker fears that Miacca might be part of the Hellfire Club, a group of powerful, hedonistic aristocrats performing Satanic rituals. He must track the fiend to his hideout, while Llewelyn confronts the man who put him in prison.