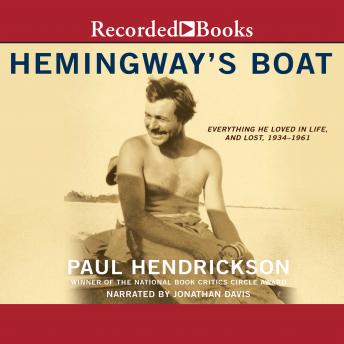 An award-winning historian and author, Paul Hendrickson here turns his attention to one of America's most cherished literary icons, Ernest Hemingway. Drawing on previously unpublished material, Hendrickson focuses on Hemingway's life in its twilight, just prior to his suicide, and the seemingly singular constant in the man's life: his boat, Pilar. On this vessel, Hemingway would entertain and travel, but it would also be the scene of some of his greatest tragedies.