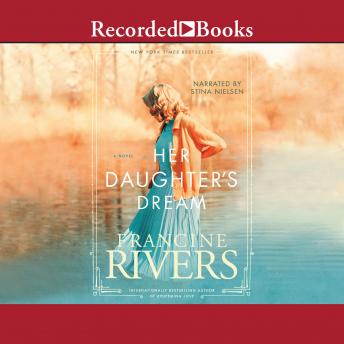 In the dramatic conclusion to the New York Times best seller Her Mother's Hope, Francine Rivers delivers a rich and deeply moving story about the silent sorrows that can tear a family apart and the grace and forgiveness that can heal even the deepest wounds. Growing up isn't easy for little Carolyn Arundel. With her mother, Hildemara, quarantined to her room with tuberculosis, Carolyn forms a special bond with her oma Marta, who moves in to care for the household. But as tensions between Hildie and Marta escalate, Carolyn believes she is to blame. When Hildie returns to work and Marta leaves, Carolyn and her brother grow up as latchkey kids in a world gripped by the fear of the Cold War. College offers Carolyn the chance to find herself, but a family tragedy shatters her newfound independence. Rather than return home, she cuts all ties and disappears into the heady counterculture of San Francisco. When she reemerges two years later, more lost than ever, she reluctantly turns to her family to help rebuild a life for her and her own daughter, May Flower Dawn. Just like Carolyn, May Flower Dawn develops a closer bond with her grandmother, Hildie, than with her mother, causing yet another rift between generations. But as Dawn struggles to avoid the mistakes of those who went before her, she vows that somehow she will be a bridge between the women in her family rather than the wall that separates them forever. Spanning from the 1950s to present day, Her Daughter's Dream is the emotional final chapter of an unforgettable family saga about the sacrifices every mother makes for her daughter-and the very nature of unconditional love.