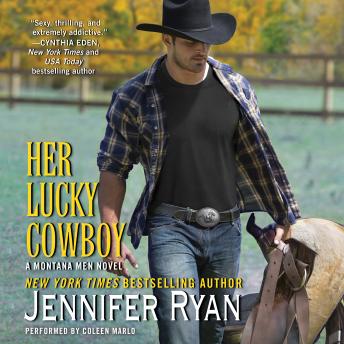 Everything's bigger in Big Sky country, including the hearts of the Montana Men

Champion rodeo rider Dane Bowden is eight seconds from winning under the Vegas lights, one last hurrah before reluctantly returning to his family's Montana ranch. But his bull has other plans. When Dane wakes up, he's sure he's died and gone to heaven . . . because the doctor who comes to his aid is the same girl who saved his life and disappeared years ago.

Bell would do anything for Dane. He's the fantasy that always kept her going. A child genius hidden away by her family, Bell was the secret no one talked about, the girl no one wanted. Despite finding success as a young surgeon, she's still the awkward girl who's never had a boyfriend. So why does Dane, a notorious playboy and sizzling-hot cowboy, insist on taking her on a real date?

Bell is the only woman in Dane's heart. When a rodeo rivalry turns deadly, it's his turn to save Bell's life—because he sure as hell won't lose his guardian angel again.

I absolutely loved this book.