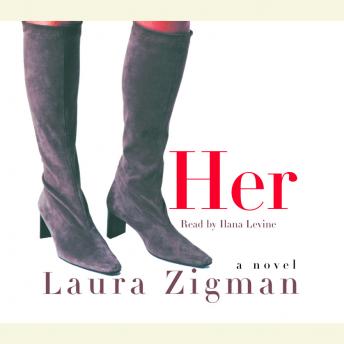 A smart, deeply satisfying romantic comedy about a woman's obsession with the return of her fiancé's ex.

On the Delta Shuttle between New York and Washington, Elise finds herself sitting next to Donald—tall, with dark wavy hair, a big easy smile. She’s left the world of women's magazines in Manhattan for graduate school in D.C. He’s left investment banking to become a teacher. They are both unattached. They exchange stories. They fall in love. One year later they’re headed for an April wedding. Storybook finish? Not quite.

Donald has some serious baggage: an ex-fiancée named Adrienne. And she's not just any ex: she is "the mother of all exes." Yale educated, French extraction, ravishing, and she's just shown up in D.C. Adrienne is Elise's worst nightmare incarnate--and before too long her all-consuming obsession. Every man comes with baggage. But did it have to be her?

This title is due for release on May 7, 2002
We'll send you an email as soon as it is available!