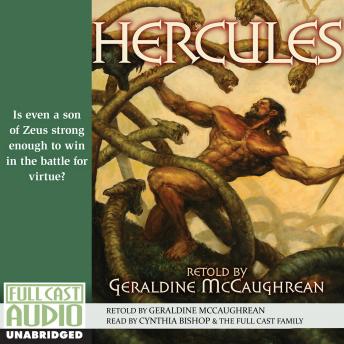 When the goddess Hera, wife of Zeus, discovers her husband's mortal son Hercules, she vows to destroy him. Thus begins Hercules's legendary and epic journey in which he is forced to take on a series of seemingly impossible tasks. He battles an array of both amazing and terrifying beasts, including the mighty Cretan Bull, the many-headed Hydra, the ferocious Nemean Lion, and the three-headed guardian of hell, Cerberus. With the help of the gods Athena and Apollo, can Hercules triumph in the end?

This title is due for release on September 14, 2001
We'll send you an email as soon as it is available!