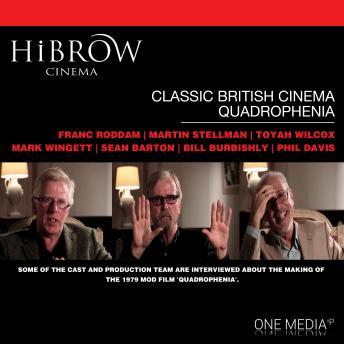 Some of the cast and production team are interviewed about the making of the 1979 Mod film 'Quadrophenia'.

Listen to find out about the casts feelings about the film, the huge buzz around the film and how the production team first became involved in making the film.

This title is due for release on September 7, 2018
We'll send you an email as soon as it is available!