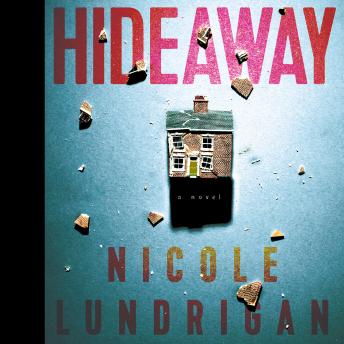 'Authentic, disturbing and unbearably tense, Hideaway will leave you reeling.' --Shari Lapena, #1 internationally bestselling author of The Couple Next Door

Gloria Janes appears to be a doting suburban mother and loving wife. But beyond her canary-yellow door, Gloria controls her husband, Telly, as well as seven-year-old Maisy and her older brother Rowan, through a disorienting cycle of adoration and banishment.

When Telly leaves, Gloria turns on Rowan. He runs away, finding unlikely refuge with a homeless man named Carl, with whom he forms the kind of bond he has never found with his parents. After they are menaced by strangers, Rowan follows Carl to an isolated cottage, where he accidentally sets off a burst of heightened paranoia in Carl, and their adventure takes a dark turn.

Gloria is publicly desperate for the safe return of her son while privately plotting ever wilder ways to lure Telly home for good. Her behaviour grows more erratic and her manipulation of Maisy begins to seem dedicated toward an outcome that only she can see. The two storylines drive relentlessly toward a climax that is both shocking and emotionally riveting.

Suspenseful, unsettling, and masterful, Hideaway explores the secrets of a troubled family and illuminates an unlikely hero and a source of unexpected strength.