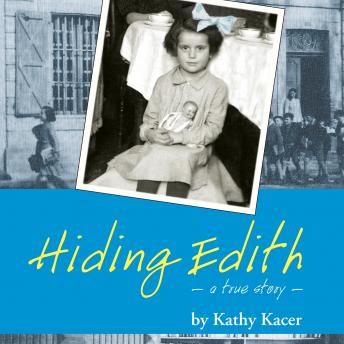 The true story of Edith Schwalb, a young Jewish girl who was saved from the Nazis by the courage of the entire French village of Moissac.


Edith's story is remarkable not only for her own bravery, but for the bravery of those that helped her: an entire village, including its mayor and citizenry, heroically conspired to conceal the presence of hundreds of Jewish children who lived in the safe house. The children went to the local school, roamed the streets and ate good food, all without having to worry about concealing their Jewish identity. And during Nazi raids, the children camped out until the coast was clear.


Hiding Edith details not only the amazing courage and struggles of one young girl, but the inspiring spirit of the people she met. Shatta and Bouli Simon, the couple who ran the house, taught the children everything they needed to survive, including how to change their identities in new hiding places once conditions in Moissac became too risky. Sarah Kupfer, another Jewish child in hiding, became Edith's closest friend, sharing both birthdays and bomb attacks, losses and love. And Muti, Edith's mother, sacrificed everything she could for her children-even the comfort of having them close at hand.