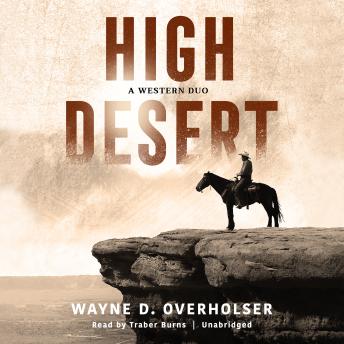 In the title story, Murdo Morgan left Paradise Valley sixteen years ago, after his brothers had been killed at the hand of the Turkey Track outfit. One year later, his father died a broken and defeated man. Broad Clancy, owner of the Turkey Track, has remained the controlling force in this area of high desert in Oregon, considering all the land to be open range, including the six-mile strip on both sides of the old wagon road which belongs to Cascade and Paradise Land Company. He fears that Morgan will return to exact his revenge for the death of his brothers. But Morgan is not driven by revenge but by a desire to carry out the dream of his father—to settle a thousand farming families in Paradise Valley. To that end, as the owner of the Cascade and Paradise Land Company, Morgan arrives with a plan for the sale of the land already under way and he is willing to risk his life and every cent of money he has to do it, despite the backlash he will receive from the Clancy dynasty.

In “The Fence,” an Oregon sheriff must race against time to capture the men responsible for brutally murdering the father and grandfather of his former fiancée—before she becomes the next victim.