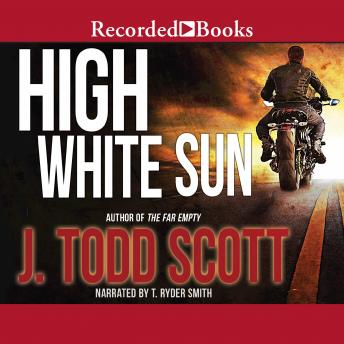 In this fiery and violent new sequel to The Far Empty, even though Sheriff Ross is dead and gone, outlaws still walk free, peace comes at a price, and redemption remains hard to find. Some things in the Big Bend never change. Sometimes we have to be wolves. In the wake of Sheriff Stanford Ross's death, former deputy Chris Cherry-now Sheriff Cherry-is the new 'law' in Big Bend County, yet still struggling to escape the long, dark shadow of that infamous lawman. As Chris tries to remake and modernize his corrupt department, bringing in new deputies like young America Reynosa and Ben Harper-a hard-edged, veteran homicide detective now lured out of retirement-Chris finds himself constantly staring down a town unwilling to change, friends and enemies unable to let go of the past, and the harsh limits of his badge. But it's only when a local Rio Grande guide is brutally and inexplicably murdered, and America and Ben's ongoing investigation is swept aside by a secretive federal agent, that the novice sheriff truly understands just how tenuous his hold on that badge really is. And as other new threats rise right along with the unforgiving West Texas sun, nothing can prepare Chris for the high cost of crossing dangerous men like John Wesley Earl, a high-ranking member of the Aryan Brotherhood of Texas and patriarch of a murderous clan that's descended on Chris's hometown of Murfee, or Thurman Flowers, a part-time pastor and full-time white supremacist hell-bent on founding his violent Church of Purity in the very heart of the Big Bend. Before long, Chris, America, and Ben are outmaneuvered, outnumbered, and outgunned-inexorably drawn into a nearly twenty-year vendetta that began with a murdered Texas Ranger on a dusty highway outside of Sweetwater, and that can only end with fire, blood, and bullets in Murfee's own sun-scorched streets. Welcome back to the Big Bend.