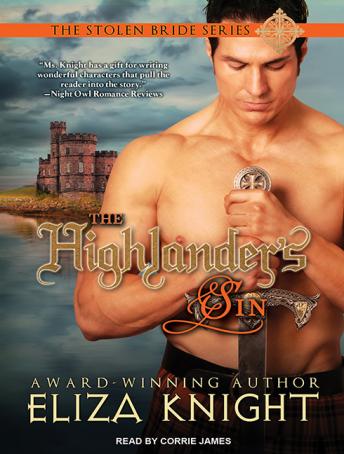 They called him The Priest. Maybe because of his billowing black robes and the steel crucifix that hung around his neck. Or perhaps it was because those who met him were compelled to pray. But Duncan Mackay was anything but a saint. He was a sinner-a paid mercenary. Until he met her and she made him want to change his ways.

Lady Heather Sutherland has never been compelled to follow rules. And this time, she's gone too far. Following in the footsteps of her brothers and cousins, she chooses to join the fight for Scottish freedom-and gets herself abducted by a handsome rogue warrior, whose touch is sweet sin.

Duncan's duty was clear-steal Heather away from Dunrobin Castle. What he didn't expect was to be charmed by her spirit and rocked by her fiery kiss. Now he doesn't want to deliver her to those who hired him-he wants to keep her all to himself.