The Hilliker Curse: My Pursuit of Women 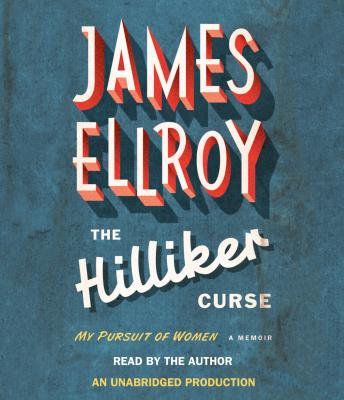 The legendary crime writer gives us a raw, brutally candid memoir—as high intensity and as riveting as any of his novels—about his obsessive search for “atonement in women.”

The year was 1958. Jean Hilliker had divorced her fast-buck hustler husband and resurrected her maiden name. Her son, James, was ten years old. He hated and lusted after his mother and “summoned her dead.” She was murdered three months later.

The Hilliker Curse is a predator’s confession, a treatise on guilt and on the power of malediction, and above all, a cri de cœur. James Ellroy unsparingly describes his shattered childhood, his delinquent teens, his writing life, his love affairs and marriages, his nervous breakdown, and the beginning of a relationship with an extraordinary woman who may just be the long-sought Her.

A layered narrative of time and place, emotion and insight, sexuality and spiritual quest, The Hilliker Curse is a brilliant, soul-baring revelation of self. It is unlike any memoir you have ever read.

Hilliker Curse: My Pursuit of Women