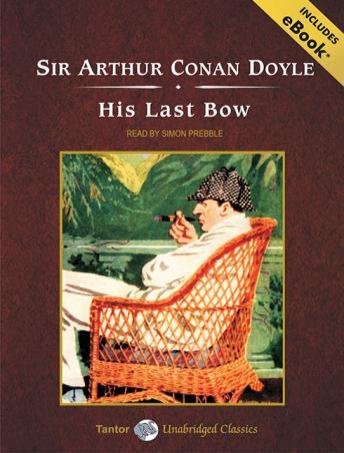 Gathering together in one volume the later exploits of Sherlock Holmes, the world's first consulting detective, His Last Bow includes tales published individually between 1908 and 1917. It also contains one early story, 1892's 'The Adventure of the Cardboard Box,' which, with its themes of adultery, was previously considered too 'scandalous' for American audiences.

This title is due for release on March 15, 2010
We'll send you an email as soon as it is available!