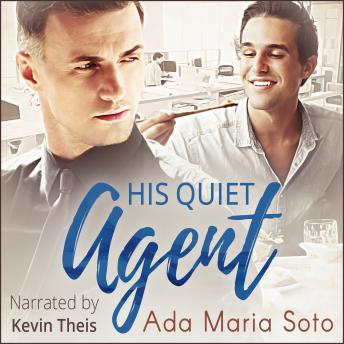 Arthur Drams works for a secret government security agency, but all he really does is spend his days in a cubical writing reports no one reads. After getting another "lateral promotion" by a supervisor who barely remembers his name, it's suggested that Arthur try to 'make friends' and 'get noticed' in order to move up the ladder. It's like high school all over again: his attempts to be friendly come across as awkward and creepy, and no one wants to sit at the same table with him at lunch. In a last-ditch attempt to be seen as friendly and outgoing, he decides to make friends with The Alien, aka Agent Martin Grove, known for his strange eating habits, unusual reading choices, and the fact that no one has spoken to him in three years.Starting with a short, surprisingly interesting conversation on sociology books, Arthur slowly begins to chip away at The Alien's walls using home-cooked meals to lure the secretive agent out of his abrasive shell. Except Martin just might be something closer to an actual secret agent than paper-pusher Arthur is, and it might be more than hearts at risk when something more than friendship begins to develop.Please note this book has a Heat Rating of zero.

This title is due for release on February 14, 2018
We'll send you an email as soon as it is available!