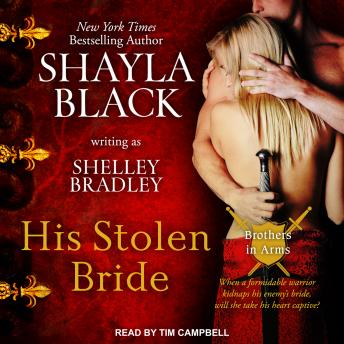 #2 of Brothers in Arms

Wrongly accused of murdering his father, Drake Thornton MacDougall wanted nothing more than to strike back at his guilty, duplicitous half-brother. So he made the fiend pay by abducting his bride-to-be. But as Drake carried his captive off to a windswept Scottish isle, he soon found that vengeance wasn't the only thing on his mind. Lady Averyl Campbell proved herself no biddable maiden, but an alluring, strong-willed beauty who could tame his dark moods with her touch. When danger and treachery threatened to part them, Drake realized that only she could heal his tormented soul, for she had won his love.