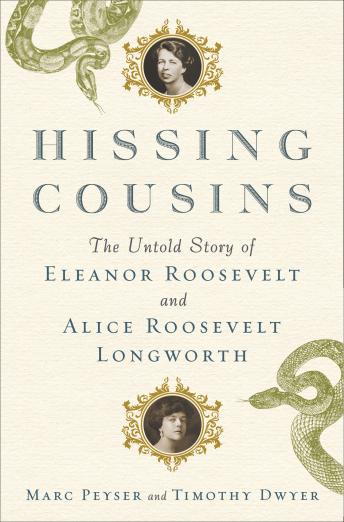 When Theodore Roosevelt became president in 1901, his beautiful and flamboyant daughter was transformed into 'Princess Alice,' arguably the century's first global celebrity. Thirty-two years later, her first cousin Eleanor moved into the White House as First Lady. Born eight months and twenty blocks apart from each other in New York City, Eleanor and Alice spent a large part of their childhoods together and were far more alike than most historians acknowledge.

But their politics and temperaments couldn't have been more distinct. Do-gooder Eleanor was committed to social justice but hated the limelight; acid-tongued Alice, who became the wife of philandering Republican congressman Nicholas Longworth, was an opponent of big government who gained notoriety for her cutting remarks (she famously quipped that dour President Coolidge “looked like he was weaned on a pickle”). While Eleanor revolutionized the role of First Lady with her outspoken passion for human rights, Alice made the most of her insider connections to influence politics, including doing as much to defeat the League of Nations as anyone in elective office.

The cousins themselves liked to play up their oil-and-water relationship. “When I think of Frank and Eleanor in the White House I could grind my teeth to powder and blow them out my nose,” Alice once said. In the 1930s they even wrote opposing syndicated newspaper columns and embarked on competing nationwide speaking tours. Blood may be thicker than water, but when the family business is politics, winning trumps everything.

Vivid, intimate, and stylishly written, Hissing Cousins finally sets this relationship center stage, revealing the contentious bond between two political trailblazers who short-circuited the rules of gender and power, each in her own way.