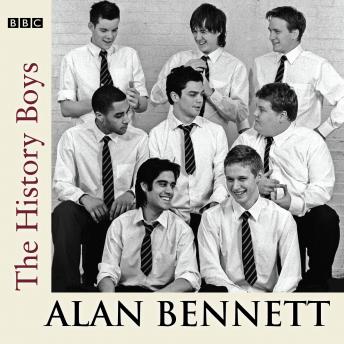 After a sell-out national tour and an extended stage run, Alan Bennett’s phenomenally successful play transferred to BBC Radio 3, with Richard Griffiths, Clive Merrison and Frances de la Tour starring as part of the National Theatre cast. At a boys’ grammar school in Sheffield, eight boys are being coached for the Oxbridge entrance exams. It is the mid-eighties, and the main concern of the unruly bunch of bright sixth-formers is getting out, starting university – and starting life. At the heart of The History Boys are four characters, each with contrasting outlooks on teaching and school: Hector, an eccentric English teacher with no interest in exams; Irwin, a young supply teacher who sees history as ‘entertainment’; Mrs Lintott, a traditionalist, who teaches ‘history, not histrionics’; and a Headmaster obsessed with results. Described as ‘the richest play Bennett has ever written’ (Financial Times), staff-room rivalry and the anarchy of adolescence collide in an intensely moving and thought-provoking play. Winner of the Olivier, Evening Standard, Critics’ Circle and South Bank Show Awards for Best New Play. ‘A superb, life-enhancing play’ – Guardian.