The History of Antediluvian Giants 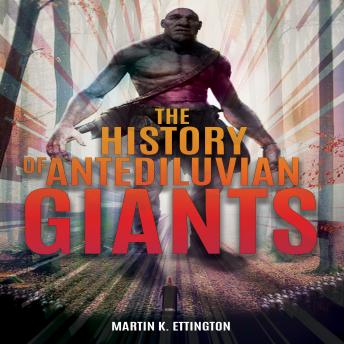 Giants have existed on the Earth for most of Earth's history. We are talking about going back hundreds of millions of years. There were also many giants on Earth in historical times when human civilization existed.
There are even credible stories of Giants existing on Earth in the present era such as one killed by US soldiers in the mountains of Afghanistan.
North America has had many sightings and there are stories of wars with Giants from the American Indians as well stories of cannibalistic giants who were killed by Indians in a cave.
Many historical figures such as King Og and Gilgamesh were also purported to be Giants. Goliath from the Bible may also have been from a tribe of giants at the time.
Giants are much more involved in our history and the building of ancient megalithic structures than we give them credit for. They probably originated from an Alien race.
You should read this book to learn more about this unusual aspect of human and world history.